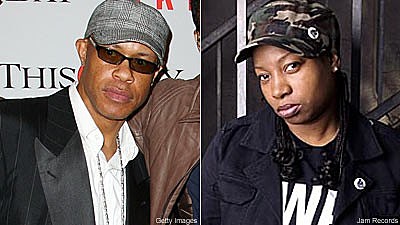 While family and fans mourn the passing of legendary MC Guru, born Keith Elam, we reached out to Philadelphia-bred, DJ-turned-femcee Bahamadia -- a member of the Gang Starr Foundation -- for her reaction to her mentor's death.

"Keith provided me with an opportunity that with ALMIGHTY GOD'S mercy and grace literally changed my life," Bahamadia told The BoomBox. "I am fortunate to have been aligned with such an exceptionally talented/generous soul. Would like to extend my condolences to his family (biological & musical). Although his time in this world has expired, the positive impact of his life's work here will live on through the sustaining power of TRUTH forever."

Bahamadia had the pleasure of teaming with Guru and DJ Premier to create her debut album 'Kollage,' which was released in 1996. Prior to releasing 'Kollage,' Bahamadia was featured on the track 'Respect the Architect' off Guru's 'Jazzmatazz, Vol. 2: The New Reality.'

Guru lost his battle with cancer at the age of 43 on Monday. The rapper, one half of '90s rap group Gang Starr -- suffered from multiple myeloma and slipped into a coma in mid-February. According to his family, Guru never regained consciousness and went into cardiac arrest again early Monday morning.