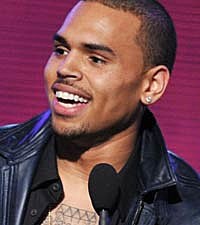 In good Chris Brown news, the troubled singer scored a No. 1 with his new album, Fortune, which moved 134,000 copies in its first week, according to SoundScan. [Rap-Up]

Target has refused to carry Frank Ocean's Channel Orange LP but not for the reasons you might think. [ChristianPost]

The Box Houston premiered Slim Thug and Z-Ro's new track "Summertime," from their forthcoming Boss and the King album. [TheBox]

Jay Electronica and heiress Kate Rothschild, whose marriage to a billionaire the MC allegedly broke up, were spotted canoodling in London. Maybe they're recording an album together. [RapFix]