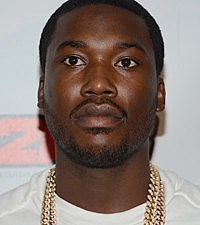 Life imitated art last night for Meek Mill, who was unfortunately held by police in his hometown of Philadelphia. The rapper lived out the cover of his debut album, Dreams and Nightmares, released earlier this week, as he was forced to wear handcuffs alongside his Rolex watch, similar to the effort's artwork.

"cops cost me a lot of money tonight .....taking pics of me like I'ma fuckin joke....no charges just holding," the "Young & Gettin' It" MC tweeted with a photo of himself handcuffed on a bench while a police officer snaps a shot of him. 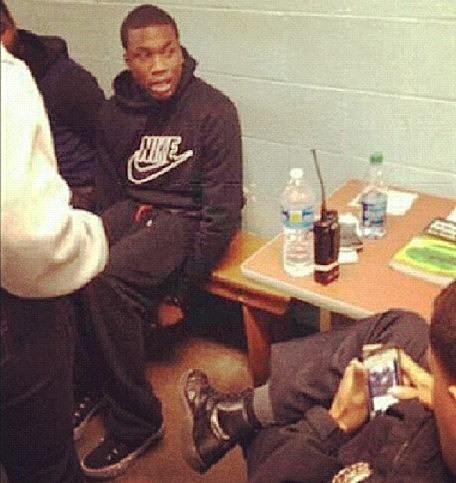 According to Philly.com, Meek was in a vehicle that was stopped at 8:04PM. Philadelphia police officer Tanya Little stated the reason the car was stopped was unknown, however, the rhymer "was not arrested or detained."

He assured fans that weapons weren't involved either. "I ain't get locked up...definitely not in NYC with no gun! Cops just harassed and violated me last night in Philly just for being famous!" Meek posted to Twitter.

The 25-year-old was forced to miss a scheduled Atlanta album release event as a result of the incident. After he was let go, the reality of the situation set in for Meek, who shared his disbelief once again on the social networking site. "The crazy part about is I really had a handcuff and Rolex on my wrist yesterday.... Really #DreamsAndNightmares," he tweeted.