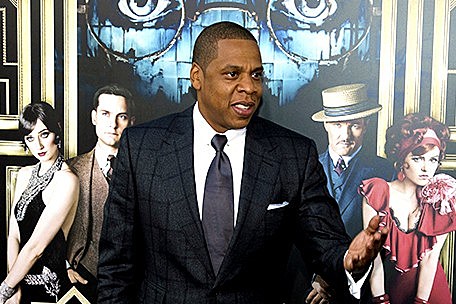 "The exhilarating ripple of her voice was a wild tonic in the rain." Daisy Buchanan from "The Great Gatsby" gets to be reincarnated on the film's soundtrack under the guise of artists such as Beyonce, Lana Del Rey, Sia and Florence Welch. Their honeyed charm work on the listener in the same indiscriminate, intense manner that Buchanan's does on the narrator and her entourage.

The Jay-Z-produced musical roller coaster mixes electronica, hip-hop and rock with jazz-age sounds into a breathy, sexy, dangerous, electric result. It was to be expected from the master of mind-blowing pastiche, director Baz Luhrmann, to create a totally anachronistic companion to his lush film that works to drive the story's point home - illusionary love, the excess of the leisure classes, the curse of money.

The songs, which meander in themes among partying, murder and heartache, mostly set their buttons on eerie and sad. The album is full of new cuts, previously released ones and covers. They all work, except for Emeli Sande's strange version of Beyonce's "Crazy in Love," which fails to combine modern sound with Charleston. It's more of a vaudevillian joke that falls flat.

Jay-Z's own tracks -- "$100 Bill" and the Grammy-winning jam "No Church in the Wild" -- hit techno-rap notes that propel us into the seediness of Gatsby's life. Beyonce and Andre 3000's rendition of Amy Winehouse's "Back to Black" embraces a dark, twisted mood with a hypnotizing dub beat. The xx's "Together" is both literally and figuratively a sound drip, while Nero's "Into the Past" explores an ambient electro world. But it is Del Rey's haunting vocals in "Young and Beautiful" that leave you asking for more.