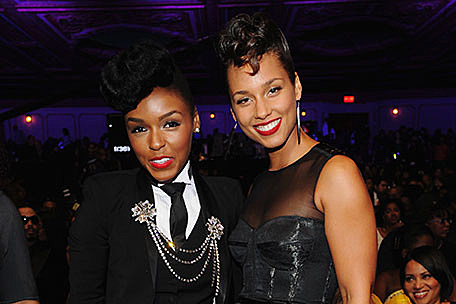 Last weekend, Jay-Z might've owned the Brooklyn, N.Y., stage, but this past weekend, the Big Apple audience definitely belonged to the girls.

Perhaps one of the most memorable performances of the night was from Missy Elliott, who joined Ciara on stage to sing her hit "1,2 Step." Other highlights were Brandy singing "Wildest Dreams," Keyshia Cole's "Trust and Believe" performance and Alicia Keys' "Girl on Fire."

The night, hosted by Tracee Ellis Ross and Regina King, was full of awards to deserving recipients -- Dionne Warwick was honored with the Living Legend award, Alicia Keys received the Rock Star award, and Janelle Monae received the Young, Gifted, and Black award.

Gabrielle Union, Eva Longoria and Meagan Good, among a slew of other celebs, were on hand to help celebrate.