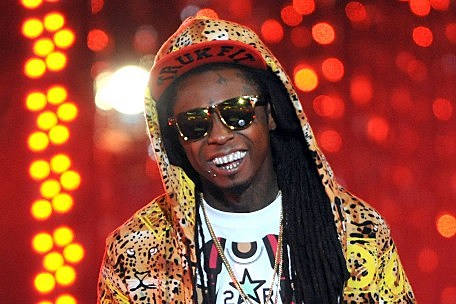 Cam'ron's back with a new collaboration with Lil Wayne on Funkmaster Flex's upcoming mixtape Who You Mad At? Me or Yourself?, which drops today. [Complex]

New Orleans rapper Weedy was busted on April 3 with five pounds of marijuana. Weedy was driving the weed from Oakland to Chalmette, La., and apparently had his two children and a handgun in the car at the time of his arrest. But what's in a name? [AllHipHop]

Executive produced by Jay-Z, The Great Gatsby soundtrack hits shelves May 7, but for now you can hear clips from contributions by will.i.am, Fergie, Q-Tip, Lana Del Rey and Emeli Sandé, who covers Beyonce's "Crazy in Love." [YouTube]

Rockie Fresh pops up with a new track, "Panera Bread," which features Rick Ross and a beat by TNGHT's Lunice. Beat's pretty hype, despite Rockie's best attempts to put us to sleep. [SoundCloud]