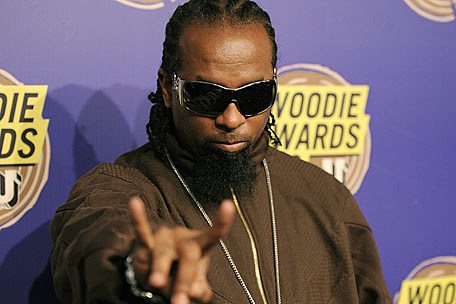 For Kansas City, Missouri rapper Tech N9ne, the last 20 years have been a strange ride.

Despite possessing one of the game's most dexterous, polished flows, it wasn't until 2008, when Tech logged 1 million total album sales (mostly on his own label, Strange Music), that fellow rappers, and subsequently the rest of the music industry, began to pay attention.

After receiving a career-making co-sign by Lil Wayne last year, Tech began to work on his 12th studio record, 'All 6's and 7's,' reaching for outside production, dabbling in the mainstream, shooting the gift with some of the biggest stars and drawing them back into his strange realm.

Due for a June 7 release, 'All 6's and 7's' features production by J.U.S.T.I.C.E. League, B.o.B. and Will Power, with appearances by Yelawolf, Busta Rhymes, T-Pain, B.o.B., E-40, Snoop Dogg, the Deftones and Lil Wayne. Yet the album remains entirely Tech N9ne -- a torrent of bipolar rhymes, alternating deliveries, vocal tones and tempos. This is a sinister, melodic masterpiece from one of hip-hop's most unique talents.

"This is by far the biggest record Tech has ever made," a rep from Strange Music said of the album. "He says throughout the record that he would never purposefully try to go mainstream, but instead, the mainstream would have to go Tech N9ne. I think we successfully accomplished that this time around, even with cats like Wayne, T-Pain and B.o.B. Every single featured artist came into Tech's world and embraced his movement."

While 'All 6's and 7's' is 24 songs deep, the BoomBox has five songs to showcase, covering the breadth of the album's various moods.

On the album's lead single, Tech tests out a seldom-used weapon from his arsenal -- braggadocio -- ripping through the bass-driven, tribal track with bombast, a towering stature and a spitfire flow. Produced by frequent collaborator Michael "Seven" Summers, Tech both showcases his impeccable vocal control and his wit on the song, with lines like, "Step on the mic/ I can't stop my leg like Robert Klein." He later backs up his 'Mental Giant' claims, growling "Narcissistic, hard to grip it/ Dark and wicked, arts prolific/ Mars with the stars, this is far lifted/ Lyrics quit the bar with it, bar scriptures are terrific."

'Am I a Psycho' also features a deranged hook from Tech, who begins his verse with a Will Ferrell "You're crazy, man" reference, alternating between his guttural, slow-mo flow and schizophrenic staccato. Atlanta rapper B.o.B., who also produced the piano-driven track, steals the show, however, dropping a subliminal Odd Future diss, calling out Tyler, the Creator and and co. for being "lil bastards, like lil afternoon children." Recorded around the same time as his first Odd Future diss, 'No Future,' B.o.B. does his best 'Renegade' rendition, threatening to "stab you with this mic" and "show these minors just where my avenue is," though he never overtly calls them out by name.

Two of the most interesting tracks on 'All 6's and 7's' come via Drake and Lil Wayne producers J.U.S.T.I.C.E. League, better known for their club-ready pop than the haunting sound bed they offer Tech on 'Strange Land.' The song sets a perfect mood for Tech to examine the pitfalls and achievements of his career. "And I'm the main man/ That made every effort to gain fans," he raps. "Through all my pain I obtain grands/ Millions just 'cause of my brain/ Now my lane stands/ Insane rants, the name-brand/ Call it 'Strange Land.'"

The Tampa, Fla. production team returns with yet another eery, atmospheric track, with Tech waxing lyrical over his reputation as "The Boogieman," using a slowed-down vocal effect and threatening "Darkness will prevail/ The Boogieman is not a tall tale." According to Tech's rep, the song was inspired by Lil Wayne's belief that Tech was an imaginary character, a "Boogieman," prompting a surprise Rikers Island visit from the Kansas City MC, who went on to form a very real bond with Weezy.

The most anticipated song -- besides the international spit contest 'Worldwide Choppers,' which leaked a month back -- is likely the T-Pain and Wayne-featuring 'F--- Food,' which pits Tech's aggressive sex talk against Lil Wayne's sharp wordplay and T-Pain's Auto-Tuned whimsy. Tech more than holds his own, sounding perfectly at home over the grandiose, operatic track, while Wayne adds some humor, quipping, "I am young Weezy F Baby/ She wish she could make a copy of my d--- and save it."