When it comes to Super Bowl XLV, music enthusiasts are anticipating a spectacle from the Black Eyed Peas during the infamous halftime show, and the rumored addition of Usher and legendary guitarist Slash is keeping things on the up and up. Not since 2004, has a hip-hop representer (e.g. Diddy, Nelly) performed for spectators. While it seems the NFL picked a safe choice this year to refrain from having a repeat of Nipplegate (thanks, Janet), The BoomBox wants to see a rapper cause a commotion on stage. From Lil B to Nicki Minaj, here's five rap acts that will undoubtedly make front page headlines post-game. 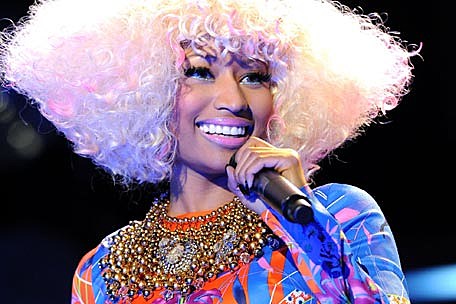 After the Young Money first lady's debut on 'Saturday Night Live' last week (Jan. 29), Nicki Minaj grabbed the attention of people who never thought twice about the wig-wearing rapper. With all eyes in her corner, what better time to introduce the masses to Roman Zolanski than midway through the Pittsburgh Steelers vs. Green Bay Packers game? Since her famed enemy Lil Kim recently dubbed her "faker than a Louis bag fresh off Canal Street," chances are Nicki would hold nothing back when unleashing her own lyrical venom. 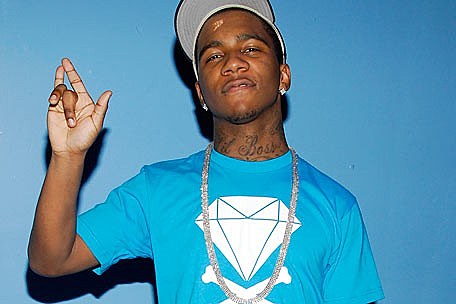 We don't know what it is about Lil B but the Bay area rapper has amassed loyal supporters (Twitter followers=128,000+) everywhere on his quest for solo stardom. The former Pack member grabbed quite a few headlines over the past months, even taking jabs at Kanye West by threatening his manhood. Without a doubt, the 'Rain in England' creator revels in controversy, going so far as to accept the "gifts" his male fans give him: their girlfriends. While we don't see a riot breaking out if he graced the stage at the big game, there may be a jealous boyfriend who throws a sucker punch because B planted one on his girl. 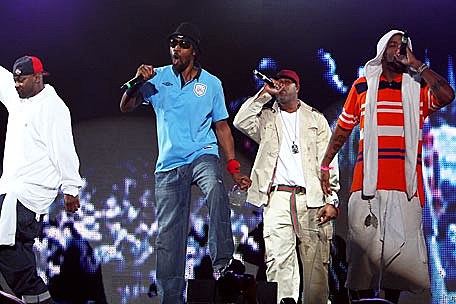 For years, Wu-Tang shows have been saturated with blunt smoke and concert-goers touting paper bags hiding their favorite brew. That's formula enough for a ruckus. Plus, anytime you get nine members (R.I.P. ODB) on a stage in addition to their entourage, there's bound to be some memorable antics (remember when Method Man told a rowdy fan to 'Bring the ruckus," during 2007's Rock The Bells concert?) With lyrics like the expletive-laden 'Wu-Tang Clan Ain't Nuthing ta F--- Wit' being a fan favorite, censors would be working overtime to make sure the F-bombs don't slip past. 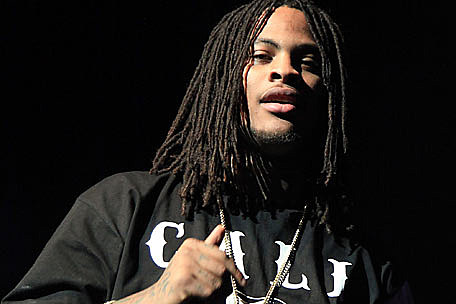 "I go hard in the mothaf---in' paint," pretty much sums up why this Atlanta rapper lands on the list. Waka hasn't necessarily been the poster boy for good behavior as of late, being arrested for possession of marijuana and a controlled substance, possession of a firearm by a convicted felon and possession of a firearm during a crime. We're not saying the dreadlocked rhymer will bring the big guns out during halftime but we wouldn't put it past him to rock a shirt proclaiming some ridiculous slogan: "Bussin' Caps" or "One Gat a Time." And with Waka and Gucci Mane filming a pilot for a planned reality show, the Super Bowl is the perfect place to pull off some shenanigans. 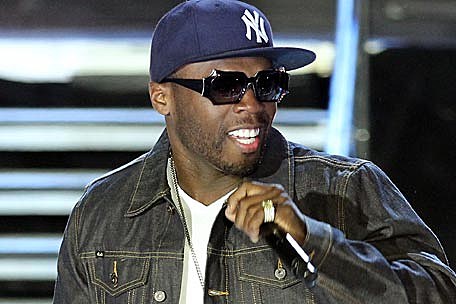 By now it's no secret 50 Cent is the king of drama. If the Super Bowl stage erupted in flames, he'd take the blame, saying his cronies lit it ablaze. That's just the kind of foolery he likes to flaunt. As of late, the G-Unit head honcho's been extra reckless on Twitter, calling his once rumored boo Ciara a b---- after she made a subliminal comment aimed at the rapper. So leave it to 50 Cent to take his social networking antics to Sunday's big show. Back-up dancers wearing CiCi masks? A larger-than-life dartboard depicting the singer's infamous VIBE cover alongside ex-boyfriend Bow Wow? Sounds crazy, right? Then again, this is 50 Cent we're talking about.