Rockie Fresh has released the track list for his new mixtape, Electric Highway, which is due out next week (January 21st, to be exact).

The Chicago rapper is Maybach Music Group's latest addition and this will be the first project he's releasing under the wing of Rick Ross.

The 21-year-old worked closely with producer The Gift, and the tape will feature a collaboration with Ross himself. Just in case there were any doubts about whether or not the big homie was riding with the young gunner for real.

Other acts that put in appearances are Nipsey Hustle, Curren$y and Sasha Go Hard.

We'll be bringing you an exclusive interview with Rocky Fresh soon. So definitely keep checking back here for that.

The full tracklist for Electric Highway is below. 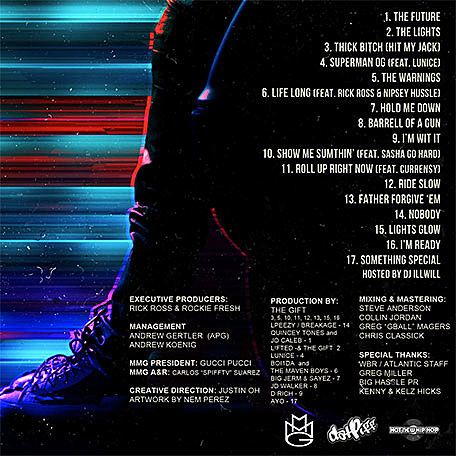 14. Nobody [Prod. By LPeezy, Sampled from Breakage & Clare Maguire]