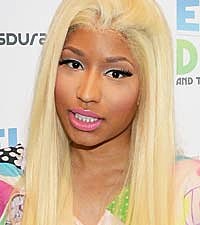 Say this for the Young Money crew: They stand by their own. Sunday evening (June 3), after Hot 97 radio host Peter Rosenberg dissed Nicki Minaj, declaring her song "Starships" to be "wack," label boss Lil Wayne jumped on Twitter to announce that the female rapper would be pulling out of the evening's Summer Jam concert at MetLife Stadium.

Following word of the cancellation, Minaj retweeted messages of support from fans, including one who said Hot 97 ought not "invite some1 to perform, use their name to sell then publicly disrespect."

"I go above and beyond for my fans," Nicki tweeted, explaining her no-show. "But won't ever go against wayne's word. What he says, goes."

The station's anti-Nicki comments, made by Rosenberg during a pre-show performance in the New Jersey stadium's parking lot, may have robbed fans of a killer set. Monday morning (June 4), the host of "The Cipha Sounds and Rosenberg Show" addressed the incident saying via Twitter, "last night i said nothing different than I have ever said...it was not a personal dis..it was starships is shit..WHICH WE ALL KNOW IS TRUE [sic]."

As BET reports, Minaj had been planning special collaborations with the decidedly non-wack likes of Birdman, Tyga, Nas, Lauryn Hill and Foxy Brown.