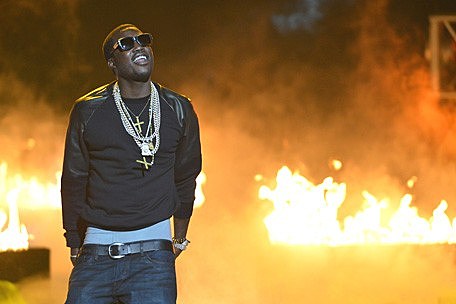 PHILADELPHIA (AP) - Philadelphia rapper Meek Mill has been barred from touring for a month after a judge found he violated probation restrictions associated with a 2008 drug and gun conviction.

Common Pleas Judge Genece Brinkley said Monday the rapper, whose real name is Robert Williams, violated an order restricting his performance scheduling and failing to properly keep in touch with his probation officer.

The Philadelphia Inquirer reports Williams' attorney argued the restrictions were preventing him from earning a living. Gary Silver said Williams didn't need to check in with his probation officer because his fans frequently take pictures of him when he's touring.

Williams' "Dreams & Nightmares" album debuted in October. He appeared in Jay-Z's Made In America festival earlier this year.