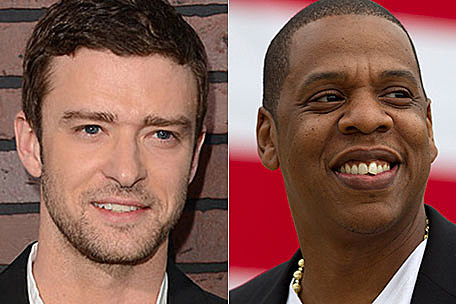 While director David Fincher will be manning the lens for the video to "Suit & Tie," Justin Timberlake's Jay-Z-assisted return to music, the singer has revealed a bit of the inspiration behind the grown and sexy cut.

In a recent interview he said it called to mind the glory years of the Rat Pack.

"Not to compare ourselves to those guys, but just the fun that they had," Justin said. "I was picturing like, being at the Sands in Vegas and saying, 'Oh, Jay-Z's in the house tonight. Uh, let's have him come up and do a number. Why don't you go ahead and get out of your seat, Hov?' That's more or less where it came from."

While many of JT's fans are excited he's back, there are others who suggest that "Suit & Tie" isn't worth the hype it's receiving. That it's been something of a letdown. The singer is aware of how high expectations are.

"'SexyBack' [was] lightning in a bottle," he explained. "Trying to put out a record that has an impact like that. It really is lightning in a bottle. I just hope people like the record. It's definitely a little bit of a departure, but kind of like you pointed out, my second album was a departure from my first album. At the end of the day, it's just music. You try to go in and not over-think it and just make something that feels honest."