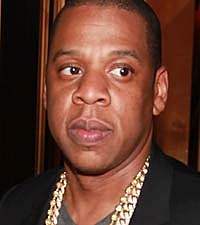 Jay-Z is involved in yet another partnership but this time, rather than basketball, he's sticking to his roots. The rap star has partnered with Budweiser for a two-day music festival to be held in Philadelphia during Labor Day weekend.

"Budweiser Made in America" will feature Jay-Z as both headliner and curator. The Brooklyn native will select nearly 30 artists to perform at the festival, which benefits United Way and is produced by Live Nation. The entertainers, comprised of acts from the hip-hop, rock, R&B, Latin and dance worlds, will "embody the American spirit."

"This Labor Day, we will not only make history but we're benefiting a great organization," Jay-Z said in a statement. "'Budweiser Made in America' will encompass every genre of music, creating and showcasing the only genre that matters, 'great music.' Budweiser and Live Nation are going to produce an amazing two days of performances, and it's great to partner with United Way again to support all of the positive work they do in the community."

The two-day event will be held at the Benjamin Franklin Parkway in Philadelphia's Fairmount Park on Sat., Sept. 1 and Sun., Sept. 2. Tickets for "Budweiser Made in America" music festival go on sale Wed., May 23, through Ticketmaster.com.