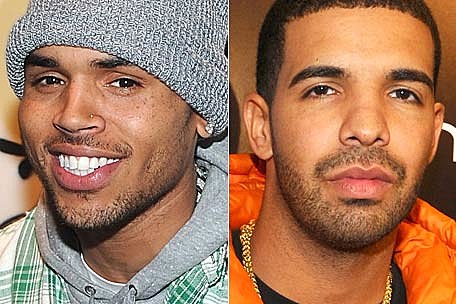 Maybe Chris Brown and Drake are realizing how dumb their nightclub fight was?

They should ... since they're being sued to pay a lot of money for it.

According to TMZ, the owners of the New York City nightclub, W.i.P, have filed legal papers against the singers, arguing they should be responsible for covering any damages awarded to NBA basketball player Tony Parker, who says he was innocently injured during last summer's fight.

Parker filed a $20 million suit for his injuries against executives at Entertainment Enterprises, Ltd., who own the club.

TMZ reports that Parker says the venue's bosses should have been aware of the "bad blood" between Drake and Brown and shouldn't have let them both into the bar at the same time.

But the bar owners at Entertainment Enterprises, Ltd. feel differently.

According to TMZ, they filed new documents last week alleging that Brown and Drake were the ones who "contributed to, instigated, participated and/or engaged" in the brawl, therefore they should be forced to pay for Parker's injuries.

This is not the only lawsuit stemming from the brawl. In February, it was revealed that both Brown and Drake are suing each other, both pointing the finger at the other as to who started the fight.