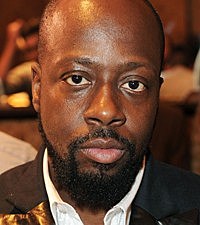 Wyclef Jean's new book, Purpose: An Immigrant's Story, out Tuesday (Sept. 18), reveals many personal stories from the former Fugees member's storied life and career. One topic that he touches on in the memoir is an affair he carried on with his groupmate Lauryn Hill. The details may be surprising to fans of The Score creators.

The 250-page read includes the rapper-producer blasting Hill for tricking him into believing that he fathered her firstborn son, the NY Post reports. Bob Marley's son Rohan Marley is actually the boy's father.

"In that moment something died between us," Jean writes in the book. "I was married and Lauryn and I were having an affair, but she led me to believe that the baby was mine, and I couldn't forgive that."

The Fugees united as a group in 1992. Five years later, they disbanded as a result of Hill's deceit, according to Jean's words.

"She could not longer be my muse," he reveals. "Our love spell was broken."

The Haitian-born entertainer teamed with author Anthony Bozza for Purpose. Chapters include "Fugees on Fire," "When the Circle Broke" and "Wyclef for President."