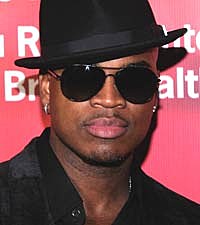 Ne-Yo started his career as a ladies man looking to add a gentleman's mystique to the R&B world. Instead of jeans, a T-shirt, and showing off his abs, the Las Vegas native opted to push tailored suits and exquisite fedoras. With four albums under his belt, a fifth LP, 'The Cracks in Mr. Perfect,' due out this summer, and two young children, the 33-year-old has understandably changed his musical perspective.

Yes, his new album will contain the love songs that he's become known for, but being a father has effected his creativity -- in a good way. "[I'm] being a little more conscious of the songs that I write," he tells The BoomBox. "I do music that adults can enjoy, I do music that kids can enjoy. I try to see myself comfortably in the middle of all that."

The project comes more than a year after his ill-received 2010 effort 'Libra Scale,' which he publicly stated was unsuccessful due to a lack of promotion. This time around, he's teamed up once more with the people that helped him construct his biggest hits.

"There [are] the usual suspects," Ne-Yo reveals. "Definitely in [the studio] with Stargate. If the world feels the way we feel about [this album], it's gonna blow people's mind. [I'm working with] this cat named Harmony, from the U.K. He produced what's gonna be my first single 'Don't Make 'Em Like You No More.' Dude is incredible."

Aside from the records that fall between the lines of R&B, pop and dance, Ne-Yo is also going hip-hop. He's worked with plenty of MCs in the past, but for this album, he's tapping some of the game's most revered producers.

"I did a record with No I.D.," he discloses. "[We] did some stuff that came out incredible. David Banner did an incredible record on my album... Just trying to branch out and try some new things and seeing where things go."

When logging studio time with respected producers, the singer-songwriter prefaced sessions by giving them one strict rule to follow.

"One thing that I told everybody going into this is, 'I don't want you making a track like you're making a track for Ne-Yo. Just do what you do and let the fact that I'm on it be the Ne-Yo element,'" he says. "There is no way to expand and grow if everybody you're working with wants to keep you in a box."

The new album also marks Ne-Yo's first release with his new label home. He moved over to Motown not only as an artist but to take on the position of Senior Vice President of A&R. Despite his impressive track record, he's still a little nervous about the gig.

"It didn't help for them to tell me that the position that I hold is the same position that Smokey Robinson had," Ne-Yo shares. "If I know nothing, I know a little something about music. We're doing things that record labels don't really do anymore: artist development, making sure that they know how to talk, making sure that every time they touch the stage, it's a moment. There's a reason that there haven't been very many icons to come out of the industry in the last 20 years. Record labels are not putting in the time. Anything worth it is going to be a little different. I just hope we live up [to Motown's reputation]."