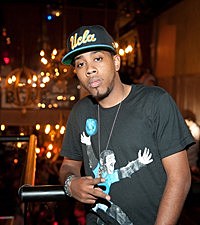 Rev Run's son JoJo Simmons has been "exposed" by a transgender woman named Julisa, who claims she rebuffed his advances.

In a video which recently hit the 'net, Julisa posted offered screencaps of JoJo's texts, revealing that the 22-year-old had expressed interest in getting together, promising not to "judge" her. However, when his alleged love interest didn't act "thirsty" enough," the son of the legendary Run DMC rapper launched a barrage of "crazy" texts and tweets, claiming he had mistaken her for a woman, despite the fact that her Twitter profile clearly states that she is transgender.

"My Facebook, Twitter, everything I promote clearly says that I'm transgender, it's no secret," JoJo's accuser explains in the video. "Because I wasn't thirsty and didn't throw myself at him, he felt salty and got into his feelings, and wanted to send crazy text messages and act like he didn't know what it was from the beginning."

Julisa concludes the video by stating "Since I'm not the right tranny for JoJo, maybe there's one that is," listing his Twitter profile, email address and even his cell phone number.

JoJo vehemently denied Julisa's claims, tweeting "Plz dont believe as soon as i found out i aint hit that f--- n---- back i dont roll like that. i dont lie he hit me nd when pix were sent i knew wussup from the jump so i left it alone real n---- s---."

Learn about Important Moments in Rap