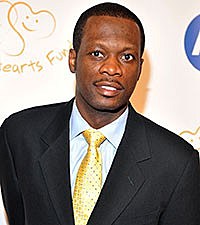 Fugee's Pras Michel has filed a lawsuit against Marshall Tyler, a director he worked with in a 2009 documentary. Pras claims that Tyler hasn't handed over the movie footage after repeated requests.

According to TMZ, Pras hired Tyler to film a movie titled "Paper Dreams," about Somali pirates off the East African coast. But after the project wrapped, Pras alleges he never got the footage. In the lawsuit, Pras asks Tyler to return the footage or return the $70,000 Pras invested in the movie to cover filming and travel expenses.

But a spokesperson tells TMZ that Tyler is not in the wrong, saying, "Pras is trying to assert ownership on material that Marshall owns the copyright to."

The legal documents were filed Monday, Nov 26. A judge has yet to rule in the case.