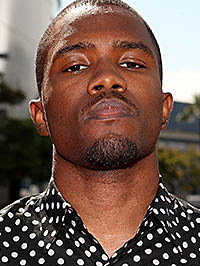 Frank Ocean revealed to BBC Radio 1's Zane Lowe earlier today that he is already 10 or 11 songs into his next album, which he says will pick up where hidden track "Golden Girl" left off, with a "beach theme." The album will also feature production by Pharrell and Danger Mouse. [Complex]

The Supreme Court has rejected C-Murder's appeal. The Louisiana rapper, who is Master P's younger brother, was sentenced to live in prison in 2009, after being found guilty of the 2002 shooting death of a 16-year-old. Damn homey. [HipHopDX]

Good news! Juvenile will be starring in a new firm entitled The Power of Few alongside Christian Slater, Christopher Walken and Anthony Anderson. What? [AllHipHop]

According to this Ecko-sponsored cli, Joey Bada$$ and Pete Rock are working on music together. Never thought saying something sounds "really '90's," would be a compliment, but we never expected Diddy to rap, either. [YouTube]