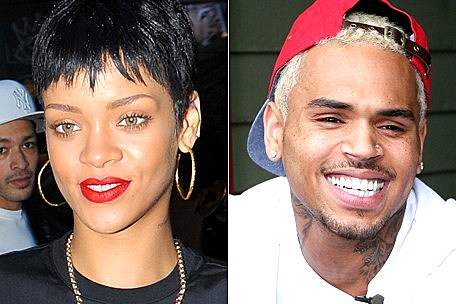 It seems wherever Chris Brown goes, he's asked about that 2009 incident involving Rihanna.

This morning (April 1), he stopped by "The Today Show," where Matt Lauer asked him about the assault and what he's learned from it.

"For me, you know, I've been humbled by the whole experience," Chris says. "From me losing everything, you know, to me having to regain public opinion or whatever it is. But most importantly, you know, knowing that what I did was totally wrong and having to kind of deal with myself and kind of forgive myself in the same breath and being able to apologize to Rihanna and be that man that can be a man, you know?"

Chris explains that he and Rihanna have moved past that day.

"I think it's just me proving myself once again and also me just being a man, and knowing what I did was wrong and never doing it again," he shares. "As far as me and her concerned, she knows my heart and I know her heart. I'm not really focused on the negative, everything is positive for me. I did my 52 weeks of counseling and learned it was absolutely wrong."

Chris said that during counseling, he played the incident in his head, questioning what happened and why.

'It was domestic violence counseling," he recalls. "A 52 week program. Every Monday in Virginia, I remember going, sitting in there thinking, 'Why did I do what I did?' I really just wanted to get help."

When Lauer asked him if he could promise that won't ever happen again, Chris repeatedly told him "Absolutely."

Now, he says of their relationship, "Everything's good ... We're fine."

Besides Rihanna, Lauer also asked Chris about his recent fights with Frank Ocean and Drake, and if these incidents mean he's really changed for the better.

"For me, it's just a learning process," Chris responded. "You know, I have to just take it one day at a time. I can't make everybody like me."

Overall, Chris says he's not concentrating on the past, and instead looking to the future.

"I am moving forward, positively," he says. "I think for me it is about proving myself to my fans and for me my fans have been my number one support. The naysayers are going to have their opinion. Anything I do ... It's not going to be 'Chris is the greatest.' So I am not going to focus my life on pleasing those people. The only thing I can do is please my family, myself and please her [Rihanna] and my fans."